2022, watercolour and gouache on handmade wasli paper, triptych, 88x63cm each

“Indian miniature painting historically focused on privileging the dominant gender, caste, and class, often omitting the daily lives and experiences of women. In Ṭāpū, Sancintya Mohini Simpson employs miniature technique charting the violence of indenture across the Indian Ocean to Natal, with two protagonists; a casteless woman adrift in an oceanscape, and the vessel of a colonial ship. The woman is submerged under the waves of a tumultuous sea, seemingly cast overboard, and the tall ship continues on out of frame.

Ṭāpū can be understood across many diasporic languages of South Asia—Sanskrit, Marathi, Hindi, among others—as taboo; island; a body surrounded by water on all sides; or the exiling of a person from the mainland. Here in relation to indentured labour, Simpson takes a little-known South African Bhojpuri definition of Ṭāpū to mean, “anyone who disappeared from the village (absconded, lost, or murdered) was said to have gone to Ṭāpū, so there was an evil association…” The slippage of language here is important, as Ṭāpū took on new meaning through the forcible displacement of communities, across oceans, to the sugar cane fields of Natal. 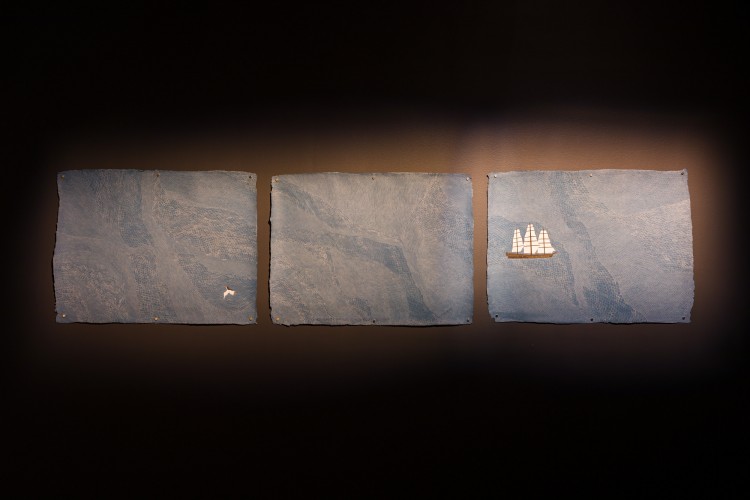 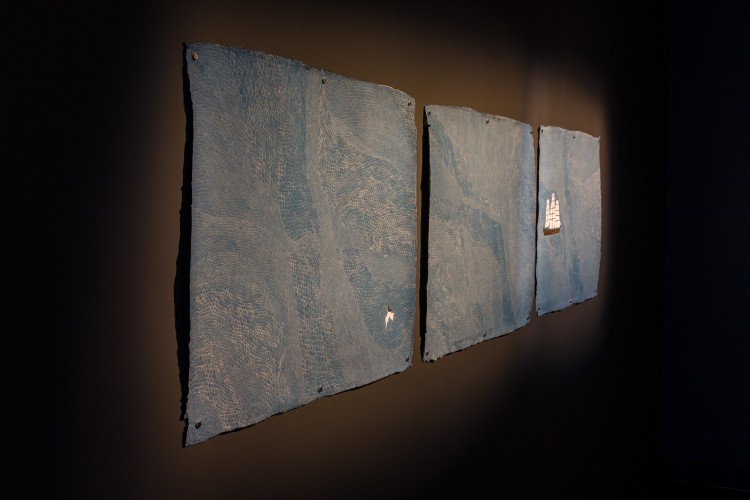