“kūlī / karambu comprises fifteen watercolour and gouache paintings on wasli, a type of handmade paper used for traditional miniature painting that originated in India. The paintings are installed in a large grid formation to suggest one continuous, topographic scene that depicts women at work in fields, intersected by a river and edged by a deep blue coastline, verdant grassland and raging fire. Sparsely rendered in a muted palette, kūlī / karambu shines light on untold stories of indentured (bonded) labour and its bitter legacies. The work’s visual restraint echoes the fragmentary nature of this narrative, acknowledging the gaps in the representation of these suppressed histories.

Simpson’s interest in this subject connects to her identity as a first-generation Australian whose maternal family heritage has been shaped by her ancestors’ migration from South India to South Africa, where they were sent to work on sugar plantations in the colony of Natal, now called KwaZulu-Natal. In kūlī / karambu, Simpson presents indentured women’s stories that have been silenced or that are inaccessible. Drawing from fragmented oral histories and archival sources, she illuminates the narratives of these women, acknowledging the different forms of labour, from the domestic to agricultural, and their experiences, from repression to resistance. While kūlī / karambu focuses on the sugar plantations of Natal Durban and the exploitation of people labouring on them (the majority of whom were South Asian), this narrative finds parallels in Australia with the history of ‘blackbirding’: the practice by which South Sea Islanders were tricked or taken by force to work on the sugar plantations of Far North Queensland, from the 1860s onwards.

kūlī / karambu was created in the tradition of Indian miniature painting, a technique Simpson learned from a master craftsperson in Jaipur. In this work she inverts the tradition of the medium, where religious stories, or those of the wealthy and privileged, are typically depicted, to focus instead on representations of the lower-caste labourer and dark-skinned women working under harsh conditions. There is an unnerving tension between the work’s seductive and delicate painterly aesthetic and the instances of violence that play out in vignettes across its surface. While the work’s genesis comes from the artist’s own familial story, it relates to a much wider diasporic narrative, reflecting the suffering of so many people around the world – as a real, lived consequence of exploitative labour practices, poverty and displacement.” (Text from Museum of Contemporary Art, Australia) 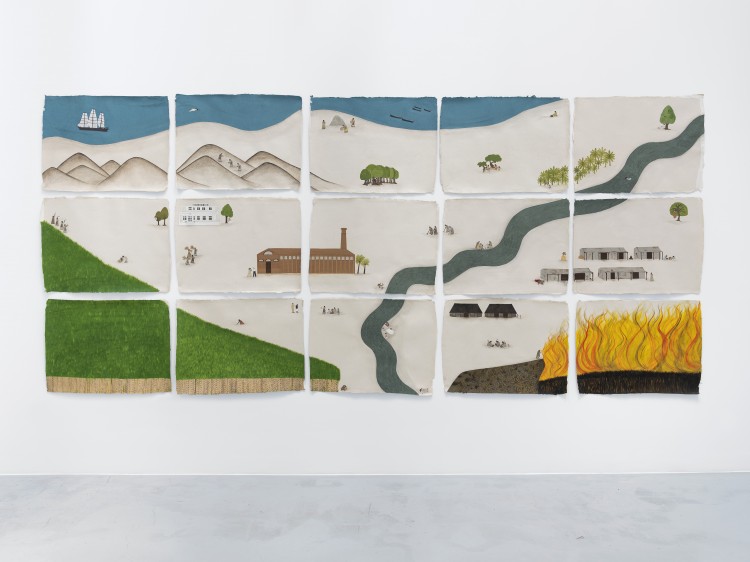 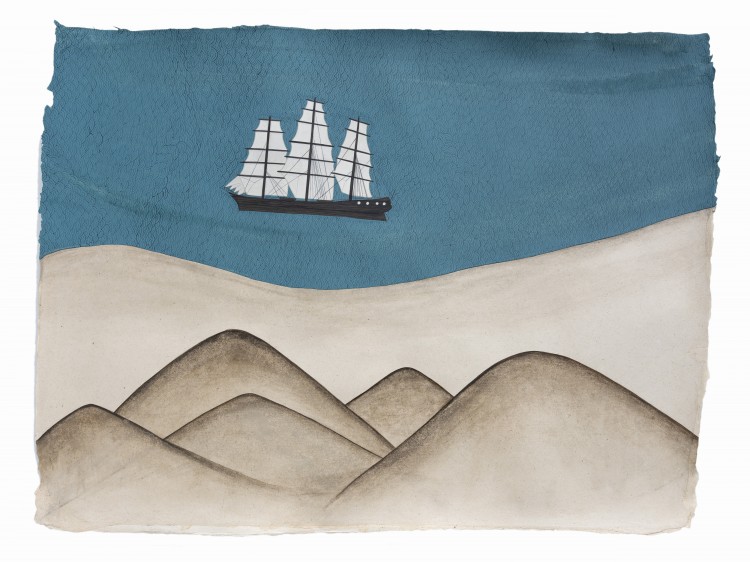